Marlins Back In Puerto Rico Against the Pirates 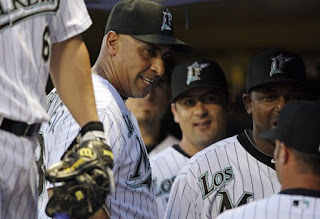 Word gets around very fast these days. No more speculations. Start packing your bags to San Juan, Puerto Rico.

The Miami Marlins officially will play a two-game regular-season special series on May 30-31, 2016 at Hiram Bithorn Stadium against the Pittsburgh Pirates.

The games were originally scheduled at Marlins Park in Miami, and the Marlins would remain the home team.

The latter days of the series will feature the celebration of Major League Baseball’ Roberto Clemente Day. In honor of the Puerto Rico native “The Great One”, the observance of Roberto Clemente Day will be held on May 31. MLB will announce that date in San Juan the the names of the 30 club nominees for the 2016 Roberto Clemente Award. This year’s winner was Pirates Andrew McCutchen.

The Marlins last played in Puerto Rico in June 2010 against the New York Mets. During that three-game set Edwin Rodriguez was summoned as manager of the Marlins and became the first Puerto Rican manager in major league history.

Before 2010, Hiram Bithorn Stadium played host to 22 Montreal Expos home games in each of the 2003 and 2004 seasons before the franchise relocated to the nation capital Washington and was renamed the Nationals.

The then Florida Marlins played both years against the Expos in San Juan in regular season play.

In addition, the ballpark hosted the 2001 season opener between the Texas Rangers and the Toronto Blue Jays. Local heroes Ivan Rodriguez played for the Rangers and Carlos Delgado for the Blue Jays.

Miami does not feature at this moment any Puerto Rican player in their roster. Among the most renowned Puerto Ricans to have played for the Marlins franchise are Ivan Rodriguez, Mike Lowell, Bobby Bonilla, and Benito Santiago.