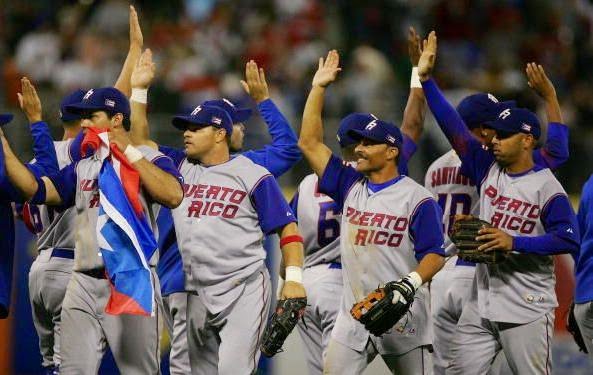 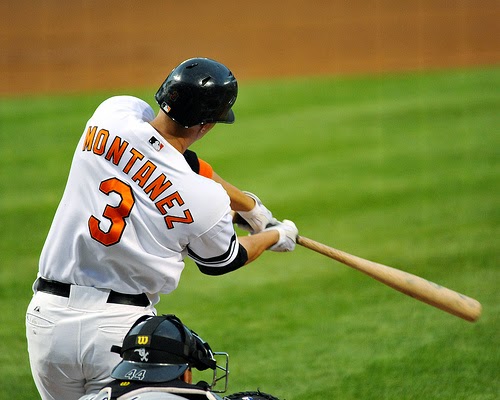 It took him eight years to make his debut in the majors. These days he learned it will take him four more years to possibly play for Puerto Rico in the next World Baseball Classic in 2013.


"I really was looking forward to this experience. It would have been great to play next to such great outfielders as (Carlos) Beltran, Alexis (Rios) and Bernie Williams", Montañez said at Fort Lauderdale Stadium. "I'm really not dissapointed. I'm looking forward for the opportunity in the future".

Montañez, 27, was often mentioned to be among three candidates to win the fifth spot on the outfield as a replacement of veteran Luis Matos in the main roster for the upcoming World Baseball Classic.

Matos, a former Oriole between 2000 and 2006, declined this year invitation due will be trying to win an outfielder spot this spring training with the Minnesota Twins. Matos did not play in the majors last season.


Montañez pointed it was possible his chances to make the Puerto Rico team were hurt because he did not play winter ball in the Island. The Orioles did not give him permission to play last season.

"I have a chance now to compete for a spot here with Baltimore. Hope God helps me", the Bayamon native said.
Montañez made his major league as an Oriole debut last season playing in 38 games and batted .295 (33 for 112), 3 homers with 14 RBIs. However even he is still considered a good prospect, in all likelihood, Montañez will start the season with the Triple A Norfolk Tides.


According to Oriole Manager Dave Trembley, Montañez will be asked to improve his outfield defense. His good bat is not in doubt as he breaked out with the Double A Bowie Baysox last season as the Eastern League Triple Crown League winner by batting .335, 26 home runs and 97 RBIs.The former shortstop and first round draft pick back in 2000 by the Chicago Cubs was shifted to the outfield in 2005. Trembley pointed out thatMontañez have the potential to be in the majors very soon but prefers he have more play at the beginning of the season instead of being seating in the Orioles bench.


The projected Orioles outfielders to be in the 25-roster for this upcoming season are right fielder Nick Markakis; Adam Jones and Ty Winnington will platoon in center field and Ryan Freel and dominican Felix Pie platooning in left field.
Posted by Tony Menendez at 5:40 PM No comments: 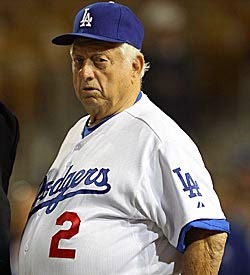 Special for The Puerto Rico Daily Sun
Fort Lauderdale-"This classic is great".
No matter there will be some considered big name major leaguers not present in the upcoming World Baseball Classic, Tom Lasorda spoke passionately about the upcoming tournament.

"It really has grown. We will see real good competition", Lasorda said at Fort Lauderdale Stadium where he stopped briefly on his world tour to promote the 16-nation World Baseball Classic.

In his capacity as Global Ambassador, the former pitcher and skipper serves as a spokesman to increase awareness of the tournament and is traveling around host cities to help promote the event and growth of baseball internationally.Lasorda visit coincided with the arrival of Team Italy to South Florida. Team Italy will be at Fort Lauderdale Stadium for the next three days through the weekend to scrimmage with the Baltimore Orioles.

Lasorda, who won the gold medal at the Sidney' 2000 Olympics, did not make any predictions however he mentioned Puerto Rico have a solid competitive team to be a contender with good chance to go all the way to the final round.

Lasorda pointed Puerto Rico have a strong lineup of major leaguers and good mix of experience and youth. He mentioned one of the best games of the whole Classic will be the matchup between Dominican Republic and
Puerto Rico but as a good baseball diplomat he did not want it to select a winner.

Group D (Dominican Republic, Netherlands, Panama and Puerto Rico) opening round of the 2009 tournament will begin on March 7 at Hiram Bithorn Stadium in San Juan. Puerto Rico begins play against Panama.
Posted by Tony Menendez at 5:38 PM No comments: 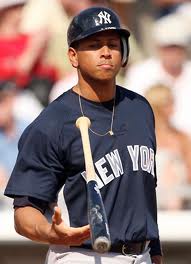 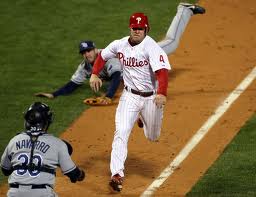 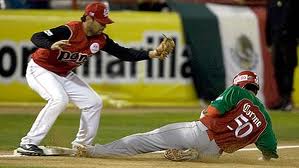